In today’s world, entrepreneurship is incredibly common; we live in a time when people are encouraged to follow their dreams, start their own company, and find the business success they have always wanted.

Given the sudden increase in the number of entrepreneurs in the world, it’s unsurprising that some have chosen to redefine the concept of starting and running a business. Rather than following the conventional route of hiring staff or partnering with a like-minded friend or family member, some entrepreneurs have chosen to do things very differently indeed and chosen to embark on the exciting journey that is solopreneurship.

What is a solopreneur?

A portmanteau of the words “solo” and “entrepreneur”, a solopreneur is a businessperson who starts and runs a business alone. This is in contrast to more standard business models, where the workload is usually shared with a partner or full-time staff members.

So, solopreneurs do everything for their business?

Not necessarily – in fact, it would be quite unusual for a solopreneur to perform every role required to sustain a modern business. Usually, solopreneurs will turn to external agencies to assist with various important aspects of their business; seeking graphic designers, advertising advice, and specialists in IT consulting for businesses to help ensure the business has all the fundamentals it needs to succeed.

However, as these services are outsourced rather than completed by in-house staff, the business is still considered to be run by a solopreneur.

What are the benefits of running a business as a solopreneur?

Solopreneurs have the freedom to dedicate their time to delivering results for their business; there’s no need to deal with issues such as recruitment or employee management to deal with.

What’s more, solopreneurs are in complete control of their business and its future, which many find empowering, and they also realize the dream of being their own boss in its entirety; they can arrange their schedule and their working hours exactly as they prefer, as there’s no need to align with employee requirements or base themselves in a specific business location – they can work wherever they want, largely whenever they want.

What are the downsides of running a business as a solopreneur?

For most, the biggest downside is the lack of support: solopreneurs are the sole decision-maker for their business, which can often be a significant weight to shoulder. However, this downside can be offset by networking with other solopreneurs and joining business forums online; these measures help to ensure that they always have somewhere to turn when they need advice, guidance, or support.

In addition, solopreneurship can sometimes be lonely – but again, this can be addressed by choosing to use coworking spaces, joining business community groups, and so on.

Could life as a solopreneur be right for you?

If you feel that you would thrive in an environment where you are the sole decision-maker, and that you’d prefer the flexibility of being able to set your own working patterns, then solopreneurship could definitely be an option that you may want to consider.

It’s also worth bearing in mind the fact that running a business solo isn’t a permanent commitment; you could start out working alone and outsourcing to various agencies, but then decide at a later point that you’d like to hire employees too – and there’s absolutely nothing to stop you doing so. As a result, if you’re intrigued by the idea of solopreneurship, then it might be worth giving it a try at least initially and seeing how you get on.

Madison Crenshaw is a mother of two and a serial entrepreneur originally from the Southern US. In the last decade, she has made the DC area her home. She is a savvy businesswoman who is always looking for the next big opportunity. She is an expert at networking and knows how to make her presence felt. She is a strong believer in the power of education and has been actively involved in her children's education. In her free time, she loves to travel, explore new cultures, and spend time with her family. She is passionate about making a difference in the world and is always looking for ways to help her community. 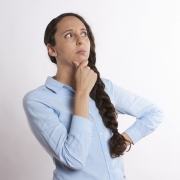 What’s in a name? Picking a Great Name for Your Business 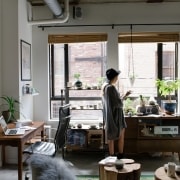 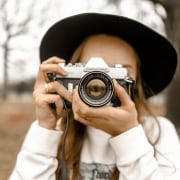 What’s in a name? Picking a Great Name for Your Business
Scroll to top