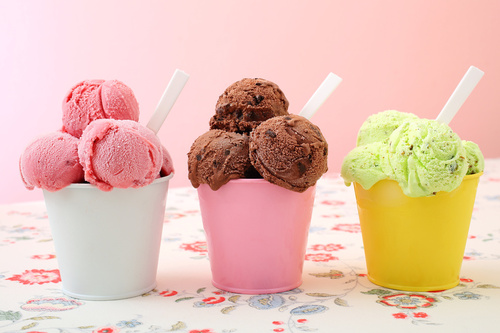 Culture critics and marketing moguls agree: today’s Millennial consumers want to support businesses who take agreeable environmental and political stances. Just consider the bold decision by Nike to feature controversial Colin Kaepernick in their newest ad campaign. While a backlash from disappointed Nike merch owners has been apparent in social media posts showing burning shoes and disfigured socks, marketers are impressed. They know that Nike’s decision obscures some of their past shady manufacturing practices, and appeals heavily to a key demographic: progressive Millennials and Gen Z.

So let’s consider a lighter, sweeter case. The quirky, Vermont-grown gourmet ice cream brand Ben and Jerry’s has had a focus on sustainable and human-friendly production since its infancy. On the back of every container, they advertise they “strive to make the best possible ice cream in the best possible way”, using non-GMO, Fairtrade, cage-free, and even ‘happy’ ingredients. Although they’re no longer an indie ice cream co. after being bought by Unilever PLC way back in 2000, they’ve kept up with contributing to charities and keeping up the brand identity.

The newest move? A pact with dairy farmers they call “Milk With Dignity”. Modern farmers have infamously difficult work, from low wages to expensive equipment to pressure from corporate farming. The “Milk With Dignity” pact was aimed at improving working conditions and livelihood on the 72 Vermont dairy farms that provide the milk for Ben and Jerry’s ice cream production. Why is this a huge deal? Ice cream is a huge industry for dairy farmers. About 9% of all milk collected by U.S. dairy farms is used in ice cream production.

According to farmers and farmworkers, the pact seems to be paying off. It was originally negotiated around two years ago by Migrant Justice or “Justicia Migrante”, a group fighting for fair labor and housing conditions for farm workers. According to activist and former dairy farm worker Enrique Balcazar, the pact has been a success so far. According to Balcazar, many farm workers were not paid wages close to Vermont minimum wage and often didn’t even have a day off. Now many workers are receiving fairer wages, five paid sick days a year, five paid vacation days a year, and something akin to a weekend.

Ben and Jerry’s manager of values-led sourcing, Cheryl Pinto, explains that they anticipated issues with farmers having difficulties paying for these improvements. The price of milk has been declining for four consecutive years, and dairy farms are feeling the strain. Pinto explains that Ben and Jerry’s is covering the premium for each farm, although the exact cost of the premiums hasn’t been disclosed. She admits it’s not a perfect system, but it’s a start for more ethical dairy practices. The company is even speaking with undisclosed brands about expanding the pact’s influence.

Brands large and small can learn a lot from the corporate marketing activism that Ben and Jerry’s practices. Although they’re owned by a large company and charge a premium for their ice cream, they have a cult following. Although Nike has been shamed for sweatshop use, they’re being hailed as activists for supporting athletes like Kaepernick. The bottom line is that consumers enjoy supporting a brand they can feel good about, and small businesses would do well to incorporate some marketing activism into their brand identity.

Momtrepreneurs: 4 Tips for Growing Your Small Business Are You Telling Customers Your Success Stories?
Scroll to top