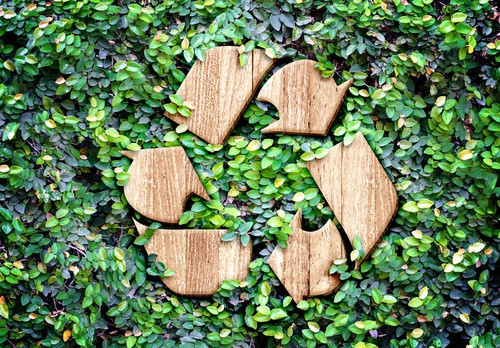 Going green is all the rage these days as environmental movements continue to gain traction worldwide. The Paris Agreement is a large scale agreement by the United Nations Framework Convention on Climate Change to reduce worldwide greenhouse gas emissions in order maintain a global temperature of no more than two degrees Celcius above pre-industrial levels. This coordinated effort makes it clear that environmentalism is no longer a media fad, and that the science on global warming has indeed been heard.

Now you might think that this could cause some problems for small businesses, like yours, that cannot afford to take steps toward being more environmentally friendly. Well, as it turns out, that might not be the case. In fact, going green might actually help your business flourish. Here are some ways your small business can take environmental initiatives and make money doing it, something The Financial Times covers in depth. So here are some clever strategies your small business can employ to go green to get more green.

When you think about it, then, going green is actually good for business. It will give you access to a whole new customer base, help you come up with clever gamification strategies, and save you a bunch of money on energy costs in the long run. All of this and you have the opportunity to increase your revenue. Sounds like going green is pretty green after all. 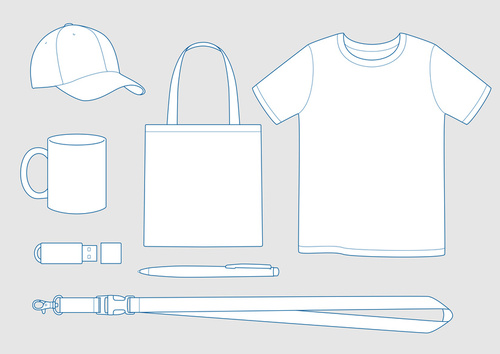 Approximately 74% of adults feel an unattractive smile can hurt their career success, but halitosis can be just as fatal to your professional aspirations. As a result, many of us rely on a stick of spearmint to keep our breath smelling fresh. However, used chewing gum can be a real problem for the planet when it’s allowed to stick around (if you’ll pardon the pun). Now, one British designer is literally turning trash into treasure by encouraging locals to recycle their gum — and is using the sticky stuff to make useful rubber and plastic products.

You may have been told as a child not to swallow your gum, but it turns out that throwing it out isn’t much better. Although chewing gum was once made of natural substances, modern day gum contains polyisobutylene, which is a synthetic, petroleum-based polymer similar to the plastics used in synthetic rubber. Basically, that means most of the gum you see in stores isn’t biodegradable; once it’s chewed up and thrown away, it simply sits on the sidewalk or in landfills.

That is, until now. Gumdrop, a UK-based company founded by designer Anna Bullus, is reportedly the world’s first company to recycle chewing gum and use it to make a number of plastic and rubber products. They’re the ones behind the Gumdrop Bin, a bright pink receptacle seen on many a British street wherein locals can deposit their used-up gum. The bin itself is made of recycled gum, and chewing gum collected is used to make items ranging from reusable coffee cups to cute rain boots, all of which consist of at least 20% gum.

The final products are often used as promotional items for Gumdrop’s mission. The company has designed everything from key rings and door stops to guitar picks and bicycle spokes, all bearing the Gumdrop name and ethos. Considering that 53% of people who own a promotional item use said item at least once per week, it’s clear that Bullus is serious about spreading the bubbly word.

The initiative is a real coup for many municipalities, universities, and public services, as well. A three-month trial at London’s Heathrow Airport resulted in savings of over $8,000 in cleaning costs. In some locations, the installation of Gumdrop receptacles decreased gum litter by 89%. Since an estimated 560,000 tons of gum are chewed worldwide every year, many local governments and property owners could benefit from what Gumdrop is trying to do.

Although using an item that used to be in someone else’s mouth might take some getting used to, some big brands are throwing their support behind (and extra materials to) Gumdrop. Despite the fact the receptacles haven’t shown up in the U.S. as yet, the largest gum manufacturer in the world, Wrigley, has provided financial aid to the project. The Chicago-based company also sends their leftover gum waste from their UK factory to Bullus’s cause.

Alex Hunter-Dunn, spokesperson for Wrigley, told the BBC: “Gumdrop is a really creative and innovative way to get people responsibly disposing of their gum and binning it. We fundamentally believe that behavior change is the only long-term sustainable solution to tackle the issue and we are very much behind that.”

So next time you’re tempted to spit out your gum in a trash can, take a look around for a small pink bin. Who knows — that minty fresh stick could soon be turned into your favorite travel mug or waterproof footwear. 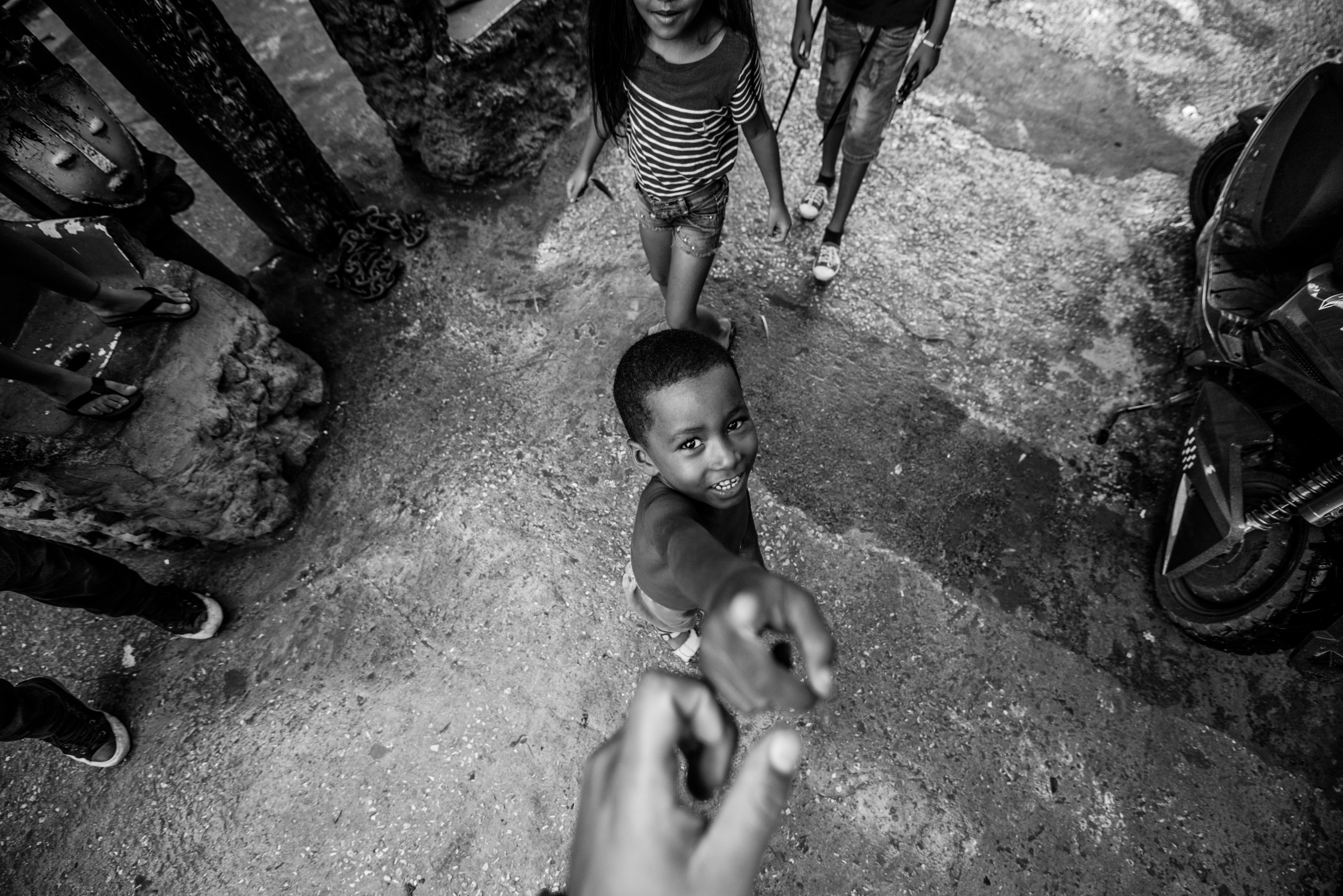 Women can influence and play significant roles in the development of their communities through the decisions they make in their families, jobs and businesses.  There is evidence to suggest that women have the capacity to make contributions to society and their communities, but these are underutilized.  As a mom entrepreneur and business owner, you can make a difference through giving your money and time to various charitable causes – this can bring benefits not only to the community, but to your business by contributing to its growth and success.

Charitable benefits for your community

As a mom, you influence your family’s involvement in various causes in health, education and other social issues.  Similarly, through your business, you can help to improve lives by being involved in a range of social and cultural charitable causes that develop and enhance the community, such as working with schools, hospitals, sports, film and theater. Take Jason A. Sugarman, a finance expert and a successful businessman –  he has been donating to charity and been involved in several causes for a number of years, including health as well as cultural and sports causes. As a mom, there are several ways you can offer help without expecting a reward from your community. It could be as simple as counseling families and guiding them as they go about helping their loved one free from addiction.

Charitable benefits for your business

Being involved in charity work can provide you with opportunities to grow your customer base, resulting in increased business and revenues.  A study by Cone Communications revealed that about 90% of millennials would rather purchase from a business that was involved in a charitable cause – and overall, 85% of Americans will do the same.  The study also found that 62% would happily take a reduced salary to work for a business involved in a social cause, thereby saving wage cost to the business.  Charitable and community engagement will also provide you with marketing, publicity, and networking benefits, saving you the cost of having to source these services separately.

Engaging in charity work can result in both increased revenues and some cost savings, and can make your business profitable and contribute to its success.  These collaborations with charitable partners can also lead to growth and development opportunities for you as an entrepreneur.