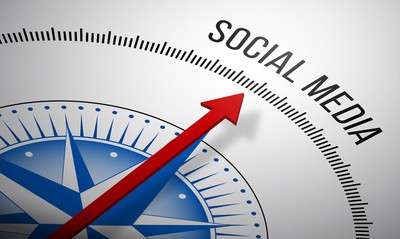 Researchers have found that it is possible to group all the billions of Facebook users into four different user profiles.

In an attempt to understand how social media works and to find a reason behind why Facebook is so popular, researchers at Brigham Young University have taken a deeper look into who logs onto the social media site every day.

Facebook is more popular than any other social media available. On any given day 1.28 billion people check it, it has 1.97 monthly active users worldwide and over 2 billion users with active accounts. And it’s not that users simply go onto Facebook for a couple minutes at a time; the Daily Mail reports that the average user spends 35 minutes every day scrolling along.

It was this amount of time that had the leader of the research team, communications professor Tom Robinson, ask, “Why are people so willing to put their lives on display?” So, his team compiled a list of 48 statements of why people log onto social media and asked participants to rank each statement on if it resonated with them or not.

Based on their findings, the team was able to clearly identify four different types of Facebook users: town criers, selfies, relationship builders, and window shoppers.

Selfies are Facebook users with the primary goal of self-promotion. They are solely focused on getting likes, comments, and shares. According to the study, the Selfies use Facebook “to present an image of themselves, whether it’s accurate or not.”

Lastly, the window shoppers primarily look to see what others are doing online. Similar to town criers, window shoppers don’t post a lot of personal information but choose to have a Facebook account simply because of social pressure.

With these four personality traits in mind, study author Kris Boyle explains that the goal is to have people really sit down and think about why they choose to interact online. The research team believes that if every person sat down and at least tried to figure out how and why they interact online, it would be easier to identify with others in the online sphere.

Boyle explains, “Social media is so ingrained in everything we do right now. And most people don’t think about why they do it, but if people can recognize their habits, that at least creates awareness.”

So what personality type do you identify with? We’d love to know! 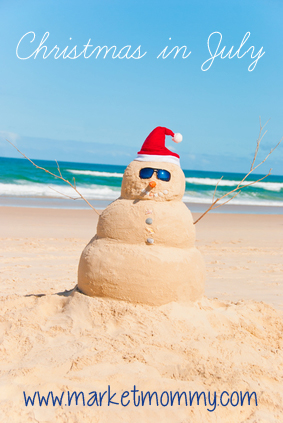 We’re celebrating Christmas in July and giving an AWESOME gift to you!

Purchase any advertising option* during the month of July and save 50%!! This is a great deal that will help you spice up your summer marketing efforts! Stock up now and use your ads any time you like in 2017! Unlimited purchases permitted! Simply e-mail me with the code CHRISTMAS and I’ll send you an adjusted PayPal invoice! Don’t miss this great opportunity! All advertising options listed here are eligible (excluding Twitter parties) and the Strictly Advertising Package also qualifies!!

**CHANCE TO WIN** Everyone who takes advantage of this special will be entered into a drawing for a free button ad for the remainder of 2017!

*Twitter parties are not included in this promotion. 50% discount cannot be combined with any other offer. 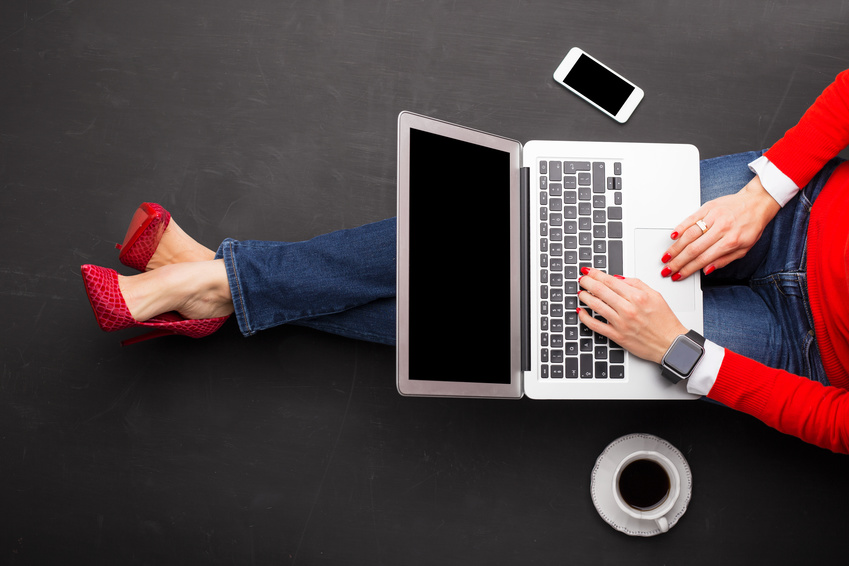 Running a small business of any kind is a big commitment. From never-ending to-do lists to keeping up on all of your inventory and production, there’s a lot on your plate. And considering the fact that there are an estimated 28 million small businesses in the U.S., you’re not the only one facing these issues.

And in the 21st century, there’s one extra pressure on small business owners: the need for a professional online presence. If you’re reluctant to invest in a new website or social media marketing campaign, then you may be wondering just how important an online presence is?

The 2017 Small Business Social Media Marketing Research Survey reveals that small businesses in the U.S. now consider their self-published posts to social media, digital and real world advertising, and their own websites of the utmost importance when it comes to engaging existing customers and attracting new ones.

Despite those findings, the report found that the majority of these businesses are still spending an average of $100 or less per month on marketing tools. How do they do it? Simple. They have a great website to begin with. Here are a few reasons your small business should have a great website and online presence of its own:

Running a small business isn’t necessarily easy, but that doesn’t mean it has to be a struggle every single day. In fact, the more effort you put into your online presence from the beginning, the fewer struggles you’ll have with marketing efforts in the future. What are you waiting for? Get started on your web design today.

According to psychological studies, first impressions are formed within seven to 17 seconds of meeting someone. Moreover, 55% of that opinion is determined by an individual’s physical appearance. In job interviews, it’s vital to look put-together and professional, as your appearance can indicate how equipped you are to do the job at-hand. That impression might be right or wrong, but it’s real.

Now, a new study has found that if a company decides to hire someone, the way a candidate answers one important question could make all the difference in how much they make every year — but the “right” answer also depends on one specific factor: their gender.

Most of those in the business world know appearance is not all that comes into play during an important interview. The skills a candidate possesses are of immense importance to many employers. In fact, 77% of employers surveyed think personality skills are just as important as hard skills, and 16% of them find them to be more important. The way a candidate responds to questions is crucial, too. Their answers can help managers determine whether they might be a good fit for both the position and the company.

But whether or not employers realize it, they likely have some implicit bias when it comes to interviewing candidates of different genders. And according to new research from PayScale, whether or not a candidate decides to disclose their pay history when asked — and the gender of the candidate in question — has a big effect on their salary once they’ve gotten the job.

The study found that around half of Americans stated prospective employers have inquired about their pay history. Of those who were asked, around 23% declined to answer. This decision literally pays off for male candidates, as men who refuse to disclose their current salaries get paid 1.2% more on average once hired.

Women who play coy, however, receive the opposite treatment. Female candidates who won’t disclose their pay history in interviews earn 1.8% less than those who do. Women already make 90 cents on the dollar, Pew data shows, for every dollar men make, but the decision to not divulge created a 3% pay gap between those men and women surveyed.

The findings stand in stark contrast to the advice that women have received in the past. Both men and women alike are urged not to talk about previous salaries during negotiations for new positions, but for women, this advice has seemed even more critical. If they disclose their previously lower salaries, they might end up making even less, comparatively, in their new position than male employees. But since other research has shown women have been penalized for being too assertive in salary negotiations as well, these findings leave women with few options.

Although McKinsey research has found that gender-diverse companies are 15% more likely to outperform their peers, many organizations make it difficult for women to even get through an initial interview unscathed.
Another study conducted by TimesJobs, based out of India, found that while employees of either gender are sometimes asked inappropriate or awkward questions in interviews, about 40% of female employees have been asked questions related to family planning, while 35% say they were asked about their relationship or marital status during interviews. Around 20% were asked questions relating to age, weight, or size. Overall, 80% of the female professionals surveyed said they’ve had to respond to inappropriate inquiries in these settings. While these findings may not reflect the exact trends happening in U.S. interviews, it highlights the fact that gender inequality in the workplace is still a universal issue.

Fortunately, the U.S. does have protections in place about what interviewers are allowed to ask, and some state and local governments are enacting measures to stop employers from asking about salary history altogether. Massachusetts recently passed a law, which will go into effect next summer, that will prohibit local companies from asking applicants about their pay history before a job offer is extended. New York City has also passed legislation that will keep employers from sticking their noses in their candidates’ salary business.

In addition, the Pay Equity for All Act was reintroduced in the U.S. House of Representatives just a couple of months ago. While it has yet to move ahead, it would ban employers from asking about salaries all across the nation. That said, that bill is predicted to have a very small chance of being passed, so it may be up to the states — and individual organizations — to ensure all applicants are given an equal playing field, regardless of gender identity.